With the ongoing development of the maritime economy, container vessels have continued to increase in size, driven by new technology and the pursuit of economies of scale.

In just a few years since the ‘Triple E’ (3E) vessel was introduced into the market by Maersk Line, container vessels have entered into the era of 24,000 TEU.As one of the leading STS manufacturers around the world, ZPMC has been striving to promote technological progress in the crane industry, and has produced a constant stream of new technologies and products. Shortly after the successful launch of its ‘3E STS’crane, ZPMC’s engineering team developed the larger ‘3E plus STS’ design,which has been welcomed in the market.

However, as the scale of port machinery increases, it also results in
higher requirements in terms of civil engineering at terminals. Larger crane parameters need higher allowable wheel loads and stronger anchor devices. Particularly at exposed seaports, the influence of wind on equipment has always been a hot topic.

In the process of optimising the crane structure, ZPMC always considers the influence of wind as a key factor. Therefore, it has developed a new structural design concept called the ZMH semi-circular girder STS, named after the chief designer of this concept,Mr Zhang Ming Hai, who is also the chief designer at ZPMC.

The main change that the ZMH STS brings to crane design is to optimise the structure of the boom and girder, with a single section boom replacing a double box girder design.

The new boom is constructed from a flat upper plate, the web of the rail support beam under the upper plate,and an arc-shaped plate butted with the web. The upper plate is a horizontal straight plate extending longitudinally.

The angle between web and upper plate is approximately 90 degrees. In this way, the stress can be effectively transferred, and it is convenient to butt with the arc-shaped plate.

The arc-shaped plate is spliced from flat plates, then bent into the required shape,and butt welded on the extension line of the web plate of the rail support beam.

The inside of the girder also includes longitudinal steel stiffeners and
U-shaped steels penetrating in a longitudinal direction, as well as diaphragms arranged at intervals longitudinally. This achieves a cross-section which is similar to a semi-circular shape (see diagram above).

The new boom is easier to manufacture than a double box girder design,because the thickness of the curved plates is uniform, and the strength of the boom is adjusted by the U-shape stiffener inside. The rolling process for curved plates is also proven. It requires less equipment, and more easily facilitates automated welding.

With a semi-circular shape, the boom hinge can be placed under or above the upper surface of the girder in the form of a single hinge, which is simple, structurally compact and convenient for routine maintenance.

The trolley rail is installed on the upper surface of the girder, so as to ensurethe accuracy of manufacturing and installation, to avoid the need for later adjustment. Furthermore, the trolley rail can be welded on the rail support beam,which considerably reduces maintenance work required by eliminating rail clamps and rail pads.

The U-shaped longitudinal reinforcement used inside the boom structure can be adjusted with different plate thicknesses according to the calculated strength, and also provides an internal maintenance channel, which is convenient for maintenance staff to walk on.

The main driving system for the under-hung trolley can be arranged above the girder, so it is more convenient for assembly, measurement and adjustment.

The upper surface of the girder can also be directly used as a safe walkway and maintenance platform, while the arc shape under the boom provides more space on both sides of the trolley to arrange auxiliary parts, and the space between substructure of trolley and girder can be further optimised.

With regard to the height of the boom, the ZMH boom is similar to a
monobox boom crane. Theoretically, the design could lower the total height of the crane slightly compared with a monobox design, as the bottom surface of the new boom is a curved shape, allowing more room on both sides to install a festoon or energy chain and floodlights.

The boom design can accommodate different trolley drive machinery and rope systems, including a full rope-towed trolley if requested by the customer.

Weight/wind loads
In terms of its weight, the new girder is similar to existing monobox girder designs, which ports are familiar with, from an operational and management perspective. Compared with a double box girder boom, the weight can be reduced by 5%-10%.

Considering a double box girder boom with a 230t self-weight, the
weight reduction of the new boom will be around 17t. The new girder is available for different large capacity hoist systems, including dual hoist systems for tandem container handling.

Based on years of experience of theoretical research and practical production,we know that maximum wheel loads (on the seaside) usually occur when the trolley is fully loaded at maximum outreach for operations.

When the crane is in the stowed position with the boom raised, the centre of gravity of the whole crane moves backwards,and maximum wheel loads occur on the landside rail when the wind blows from seaside to landside (for theoretical analysis only, the wind angle and the actual monsoon direction of different ports are not considered), and the tie-down force on the seaside leg is also the largest at that time.

Compared with a conventional double box section boom and girder, the new semi-circular section girder can effectively reduce the wind coefficient of the structure.

According to Finite Element Method analysis, we can calculate that the wind coefficient of the circular section is about 0.7, which is more than 50% lower than the value of 1.4-1.8 commonly used for a box section design.

Lower wind force
With the decrease of the wind coefficient, the wind force acting
on the boom also decreases. This allows the boom to be constructed with thinner plate thickness than a conventional box girder boom, while still meeting the same storm conditions.

The optimisation of the boom and girder weight further reduces the maximum wheel load under operating conditions. In addition, due to the reduced influence of lateral wind force on the boom, the lateral stiffness of the crane at maximum outreach is also improved.

The reduction of the wind force coefficient has a greater effect on the crane under stowed conditions. With the development of our understanding of the effect of wind on structures, authoritative standards are using gradient wind to evaluate the safety of cranes.

When the boom is raised, the height of the whole structure is
greatly increased, and the higher the height, the greater the wind influence. It can be seen that reducing the wind load of the boom is of great significance to the whole crane.

With the reduction of the wind load on the boom, the weight of the gantry frame and other structures can also be reduced accordingly. Thus, requirements for allowable wheel loads on the wharf are further reduced.

Two variables – wind speed and rail gauge – were introduced
to analyse differences in wheel load data resulting from the application of the new girder. The results are shown in the accompanying tables.

Based on these comparative results, we can draw the following
conclusions:

● The new ZMH semi-circular girder STS can effectively reduce the lateral wind force on the boom under operational conditions, optimise lateral deformation of the boom, and improve productivity of the trolley operation at maximum outreach.

● For STS cranes with a narrow rail gauge, where the wind force has a greater impact on the wheel loads of the whole crane,the advantage of using this type of crane is more pronounced.

Generally speaking, STS cranes with this new structure can lower wheel loads by 5%-15% compared with the conventional double girder design.

Last, but not least, we still need to pay attention to the fact that the wheel load result is a combined value. Shape parameters,

environmental wind speed and the calculation method all have a great influence on the result.Only a qualitative analysis is attempted here, and quantitative analysis needs to be combined with specific projects to give more accurate results.

This model can provide a solution for the enlargement of STS cranes at existing terminals.Through structural optimisation,the self-weight and wind load of cranes can be reduced.

We can also achieve benefits from mechanical component selection, especially for the gantry motors – the wind force can be reduced by about 10%. It will also be helpful for reducing the civil engineering cost of a new quay, especially for areas with high environmental wind speeds.

ZPMC is the largest equipment manufacturer in the port machinery market, and its technical team is committed to providing customers with better products and value-added services through technical innovation.

The company has completed theoretical research of this new model and is steadily advancing demonstrations of all the details.We are looking forward to cooperating with interested customers.Next, we are planning to apply this model to RMGs and other types of yard handling equipment, so that this design concept can be even more widely used. 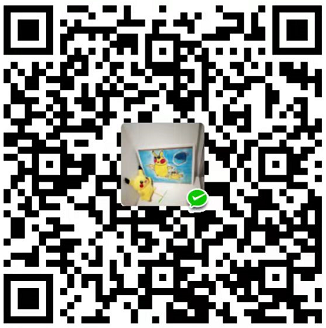